Angelique Foster added, "This funding comes on top of the extra £100 millions of  funding provided to police over the last 2 years, which has enabled increased patrols, weapons sweeps and stop and search.

It also confirms our commitment to be tougher on crime and proactive in steering young people away from crime and violence, with early intervention programme.

This, together with the new Criminal Justice Bill, which gives more power to the police and introduces stricter sentences, delivers on our promise to keep the public safe. This tougher approach will be welcomed by people in Derbyshire and Derby City, who I will be serving if elected as their Next Police and Crime Commissioner".

Package includes £30 million for police to surge activity in serious violence hotspots and new money to steer young people away from crime. 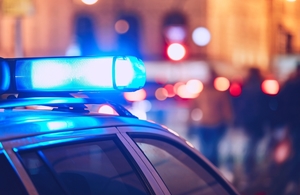 The funding will enable a programme of work to prevent some of the most serious types of crime and deliver safer communities for the British public.

The funding comes ahead of the introduction of a major criminal justice bill, which will:

I am determined to cut crime and make our streets safer, which is why we are recruiting 20,000 more police officers, introducing new stop and search powers, and giving the police the resources they need to go after the serious violent criminals causing misery in communities.

But when it comes to gangs and serious violence, we must also tackle underlying causes. That is why we are investing in new early intervention programmes to stop young people committing these crimes in the first place.

Continuing to work with partners to address serious violence and its widespread impact on individuals and communities is a key priority for forces. Even during the pandemic, we have seen serious street-based violence continue and particularly violence involving young people as both victims and perpetrators.

I have seen officers and staff facing real challenges to their own safety every day, facing unknown dangers when executing warrants, taking knives from those carrying them in public places and dealing with victims of serious violence and trauma with compassionate professionalism.

Bringing about sustained reductions in violence is incredibly complex. We welcome this renewal of funding from the Home Office, which will allow police to maintain a focus on tactics and activities that we have an evidence base on and know work in local communities.

The package is made up of funding secured at the Spending Review and through the Shared Outcomes Fund, which funds pilot projects to test innovative ways of working across the public sector.

It also includes a range of other measures to address the factors that lead to serious violent crime and stop it happening in the first place. These include:

The funding package also includes the further £35.5 million towards violence reduction units which was announced in early February. The units draw together partners in 18 areas worst affected by serious violence to deliver a full range of co-ordinated action needed to tackle serious violence at its root.

The remaining funding will all be spent on programmes which support the government’s ambition to drive down serious violent crime.

Why should people of Derbyshire trust the Conservatives to tackle crime?